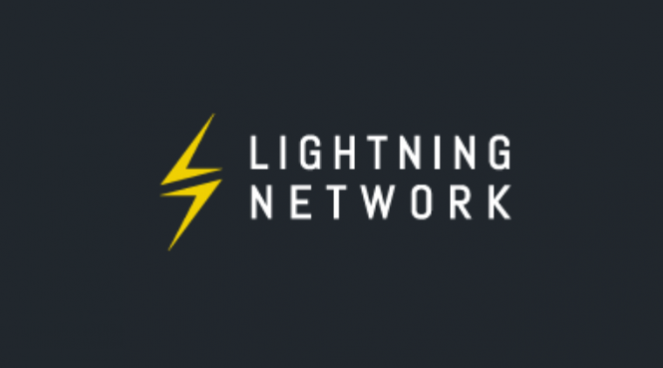 In February 2015, Joseph Poon and Thaddeus Dryja developed the Lightening network (LN); they designed this network to address the bitcoin scalability problem, which is hampering the mainstream adoption of Bitcoin as a medium of exchange.

Scalability is a major problem for bitcoin blockchain and other blockchains that use the Proof-of-Work consensus. Scability literally refers to the limited rate at which the bitcoin network can process transactions, or to transaction delay issues and the block size limit that affects Bitcoin.

As such, Joseph Poon and Thaddeus Dryja conceptualized a second-layer protocol for the bitcoin network — a smart contract that promises to scale up Bitcoin so it can process over 1 million transactions per second. In this post, I’ll clearly explain what the lightning network is and its benefits.

What Is Lightning Network?

One reason that brings about Bitcoin transaction delay issues is that all bitcoin nodes in the bitcoin network need to confirm a transaction before it is broadcast on the public blockchain. So, this blows up the blockchain, which leads to high transaction fees and delays.

The Lightning Network is currently offering a decentralized solution that adds a second layer on the bitcoin blockchain which enables two parties to conduct an instant transaction off the blockchain, only the basic information of that transaction is recorded on the public blockchain.

Note that the Lightning Network is not suitable for bulk payments. It is designed for micro-payments only.

Let’s look at this analogy of Fred and Bob to understand how the bidirectional payment channel works.

Fred always purchases fresh fruits from Bob. However, they now both choose to use Bitcoin as their medium of exchange.

Let’s say that Fred funds the multi-signature wallet with 3,000,000 satoshis (0.03 BTC), and Bob funds the wallet with 0 BTC. This funding transaction is broadcast on the public blockchain, and these funds are locked in that payment channel.

The role of the Lightning network in a commitment transaction is to update the balance of each party off the chain.

When Fred and Bob are through with their transactions, they can choose to close the payment channel by signing a closing transaction with their respective private keys and publish the closing balances to the main bitcoin blockchain.

Closing off that payment channel is done on-chain, and each participant’s balance is recorded on the main bitcoin blockchain forever.

To better understand this channel, let’s once again use our Fred and Bob example.

Bob also sells fresh fruits to Dan, and he has a bidirectional payment channel with him; so, if Fred wants to make a micro-payment to Dan, he doesn’t need a direct channel with Dan.

In this case, if Fred wants to send 1,000,000 satoshis (0.01 BTC) to Dan, he will talk to Bob, who will send 0.01 BTC from their multi-signature wallet with Fred. Remember that if both parties want to make a transaction, they need to sign a transaction with their respective private keys.

Once Bob has sent the funds to Dan, the network automatically takes funds from Fred and refunds Bob. Amazing, isn’t it?

Essentially, funds can be made through unlimited intermediaries. The Lightning network always searches for the closest intermediary, depending on the transaction fees.

What are the benefits of using the Lightning Network?

Instant transactions
Since the commitment transactions are not verified by any bitcoin nodes, the transaction speed is pretty good. Precisely, it is possible to make payments within milliseconds using the Lightning network.

Micro-payments-friendly.
With high bitcoin transaction fees, micro-payments are rendered useless. For instance, if you are buying a cup of coffee, you are better off paying with cash than with bitcoins. However, it is not good for the Bitcoin system, because it was created to revolutionize the financial world. So, since the Lightning network removes miners from the system, transaction fees are minute. Furthermore, consumers can make as many micro-payments as they wish.

Cross-chain payments.
The Lightning network incorporates technologies of other blockchains — with a similar hash function — to allow users to send funds to different chains without trusting a third-party service such as an Exchange. So, a Bitcoin user can send funds to an Ethereum user without going through an Exchange.

Security
Lightning network uses a technology known as the Hash Time Locked Contract (HTLC) to lock bitcoins in a multi-signature wallet; this protects both parties in a payment channel from any malicious transactions. On top of that, transactions that use the Lightning nodes are not published on the public blockchain, so it’s really hard to trace any of the transactions.

Low transaction fees
Miners don’t need to approve and verify transactions to go through, so this removes the exorbitant fees that are levied by miners.

Conclusion
Lightning network will revolutionize other different cryptocurrencies such as Zcash, Ethereum, Monero, and many others. There are now different teams who are collectively working on the development of the Lightning Network: Blockstream, Lightning Labs, and ACINQ, with help from members of the Bitcoin community as well. So, we expect the network to take off very soon.