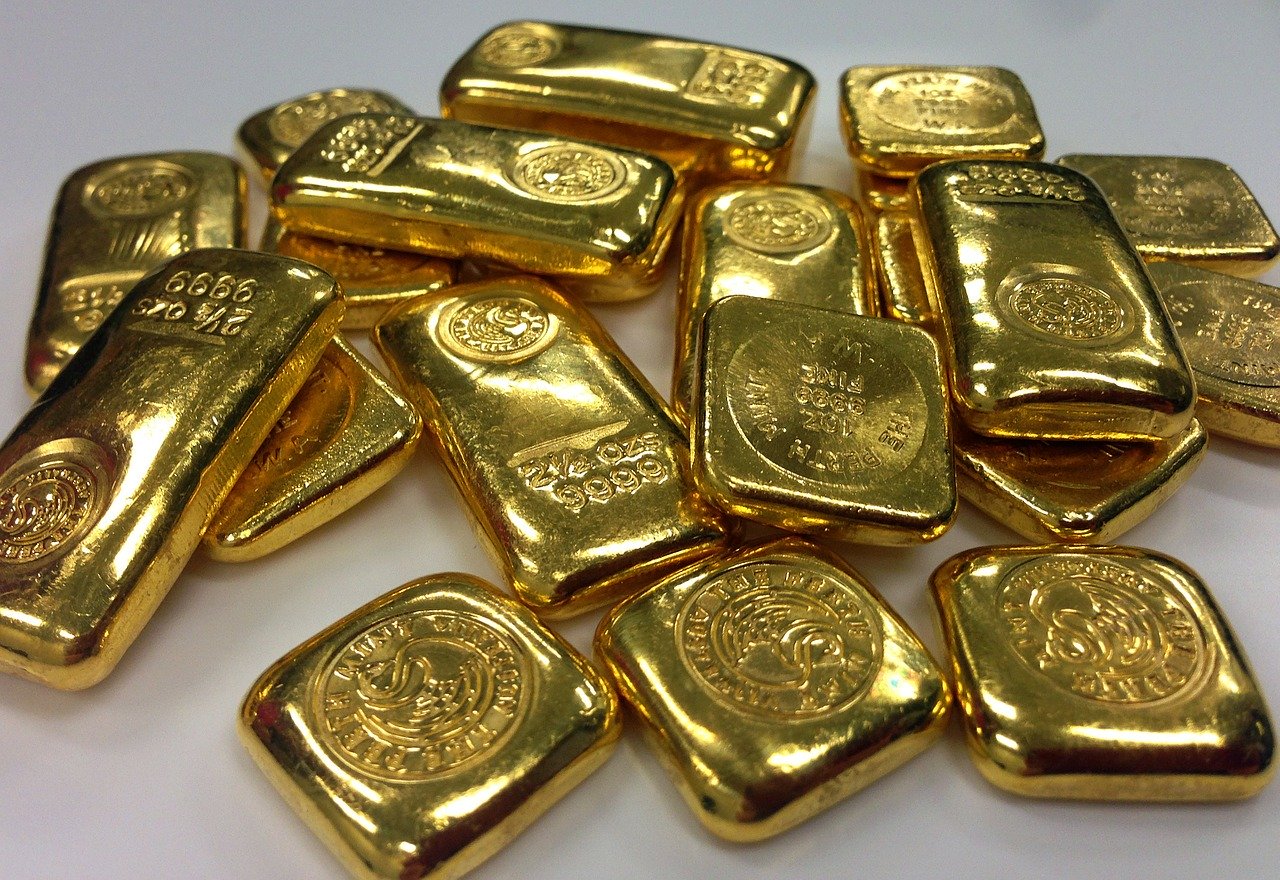 The global financial crisis in 2007-08 has caused a lot of doubts regarding how banks do their business. At the time, many people believed that the US government made a huge mistake by bailing out these big banks. Not only that, but they also felt it’s unfair how most bank officials who were responsible for the crisis were not put in jail. These bankers could easily walk free even after the massive errors that they made.

As a result of that, the price of physical gold kept going up. The peak of the market was Q2-Q3 2011, where the gold price at the time was up by more than 100% compared to 3 years earlier. The market eventually corrected itself, but it doesn’t change the fact that gold was already seen as the perfect hedge against global financial instability due to its finite supply.

However, what if there are gold-backed cryptocurrencies? Don’t you think it’s the perfect marriage between physical gold and the utilization of blockchain technology? This article covers this exact topic.

Stablecoins Inspire Tokenization Of Other Assets

When Bitcoin and other altcoins became mildly popular in 2014, many people criticized them for being too volatile. Yes, nobody would take Bitcoin payment if the price kept changing by 3-10% every few hours. That’s when some people started thinking about the idea of creating a stable crypto token with 1-to-1 valuation to the fiat currencies.

Tether (USDT) and others successfully transformed that idea into reality. Nowadays, we have plenty of stablecoins with a 1-to-1 valuation of the US Dollars or even other fiat currencies. PAX, TUSD, USDC, GUSD, and others have become more and more popular in recent years.

Stablecoins can achieve this 1-to-1 valuation due to the structure of their businesses. PAX or TUSD, for example, only issue 1 token on the blockchain every time they receive 1 USD in their real bank accounts. So, whenever someone deposits $10,000 to their bank accounts, they issue 10,000 of their tokens on the blockchain — Vice versa. When someone sends his/her 10,000 tokens to the company’s wallet, the company will withdraw $10,000 to the user’s bank account as long as the user is already KYC-verified.

While this concept was seen as revolutionary by many, however, the popularity of stablecoins is just the beginning. Many crypto entrepreneurs started to realize that the potential is much bigger than just stablecoins. They started to think that they can do the same concept with other real-life assets, such as physical gold.

Store The Gold In The Vault And Transfer The Ownership

The concept of physical gold has attracted many investors from all over the world. However, it’s always complicated to transfer real physical gold whenever you want to keep or sell it. For example, let’s say you buy 10 kilograms of gold. Where are you going to store it? Well, you can store it in your physical vault, of course, but this can be proven too complicated with many people. Not to mention if you want to sell it. It becomes much more complicated than that.

Since a long time ago, businesses had found a way around this inconvenience. So, instead of storing the physical gold in your own house, you can just store the gold in a third-party vault, where they will identify the gold ownership by looking at the legal paper that you have.

By doing this, your physical gold is maintained at its perfect shape by the vault operator. Whenever you want to withdraw your gold for whatever reason, you can just show the paper to prove you own the gold, and they will give your gold bar after they verify their ownership.

This concept has been proven much more convenient for many rich people who often feel overwhelmed by the inconvenience of storing physical gold bars in their own homes. Of course, the key is to trust the gold vault and see all the licenses and insurance that they have. But now, thanks to the utilization of the blockchain, we could push this concept one step further.

Instead of using a piece of paper, nowadays, you can just use a crypto token to prove that you own a certain amount of physical gold inside a certain vault. There are already some companies that have been doing this, such as DGX (Digix Gold Token) and PAX Gold. Yep, when you own PAX Gold or DGX, that means you officially own a certain amount of gold inside a certain vault. Just like the concept with paper ownership, you can also exchange the crypto token with the real physical gold once they verify your identity, and you go to the vault itself.

The idea of “moving away” from paper ownership to cryptocurrency benefits a lot of different parties. For example, with paper ownership, your trading activities become much more limited. With cryptocurrency, everybody can verify your token ownership directly with a blockchain explorer. You can also buy or sell them to other international owners, not limited to traditional physical paper ownership transfer.

Are Gold-Backed Cryptocurrencies The Future?

Here’s the real question. Are gold-backed cryptocurrencies such as DGX and PAX Gold the future of our world? It might be. After all, it pushes the paper ownership even further without sacrificing any level of trust. Yes, even with gold-backed cryptocurrencies, the vault that acknowledges the crypto tokens would still need to be licensed and audited.

There is also another type of investor that you can attract with this concept. Yep, many cryptocurrency enthusiasts are younger millennials who had no interest in gold investment. However, with the existence of gold-backed cryptocurrencies, coupled with the rising price of physical gold itself, this concept suddenly becomes interesting for crypto enthusiasts.