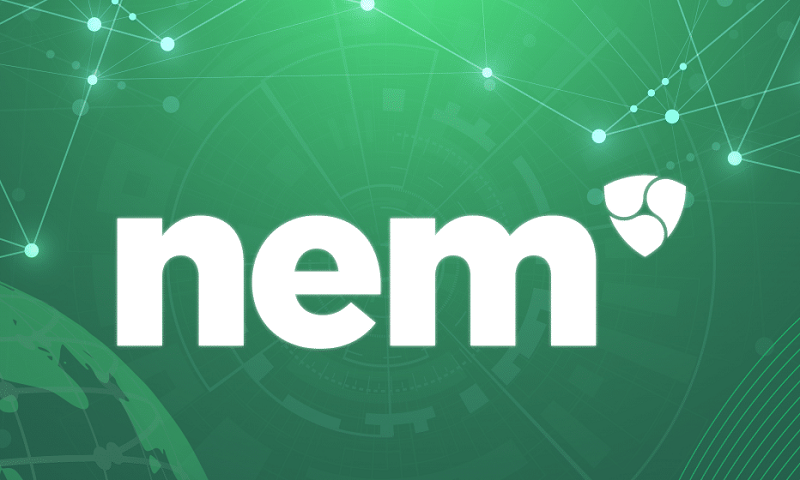 New Economy Movement (NEM) used to be one of the biggest competitors to Ethereum. A few years ago, many people in the crypto space even speculated NEM would eventually surpass Ethereum as the default dApps platform in the industry. However, things change quite fast, and now it’s struggling to stay relevant in the sea of fierce altcoins competition.

So, what actually happened? Why NEM used to be much more popular than today? This article explains the cause of the problems and the journey of NEM from the beginning.

The Creation Of NEM

NEM began as a thread on Bitcointalk. At the time, a Bitcointalk User who’s called UtopianFuture envisioned a new cryptocurrency that would be inspired by NXT. The original plan was actually to fork NXT, but UtopianFuture believed it would be better to start everything from zero.

In January 2014, the team of NEM project decided to begin all codes from scratch, and it would be community-focused crypto since the very beginning. Around five months later, around June 2014, NEM successfully launched its alpha testing stage. Due to positive reception from the crypto community, the NEM core team continued its development. The beta testing stage officially launched in October 2014.

And then, after continuous tests and developments, NEM officially began its mainnet on March 31th, 2015. In this historic moment, NEM distributed 75% of its native cryptocurrencies to 3000 stakeholders. This move was praised by plenty of NEM supporters who claimed that the distribution was very fair compared to other altcoin projects. The stakeholders at the time were people on BitcoinTalk who promoted or helped NEM in one way or another.

NEM is a dual-layer blockchain that utilizes Java programming language. The core team believes that a blockchain platform for smart contracts and dApps does not need to be over-complicated. This project distances itself from Ethereum, which uses Solidity, a different smart contract language. With NEM, you can write in a very common programming language, Java, and this is important to attract non-specific developers.

Another important selling point of NEM is its unique consensus algorithm that they call Proof of Importance (POI). With this POI mechanism, people who HODL more coins and have made more transactions would have more “important” status in the NEM ecosystem. The blockchain prioritizes people or entities with higher “importance” status to confirm the next block.

The difference is as clear as day and night. In standard Proof of Stake (PoS) ecosystem, you only need to stake more cryptocurrencies if you want to become one of the verifiers. In PoI, staking a large number of your coins is just one aspect but not the only one. You also need to make a lot of transactions before you can get the priority or importance status.

The Short Term Rise Before The Fall

NEM has always been hailed as a community-driven project. It did not start with any kind of Initial Coin Offering (ICO), and many NEM big supporters have been very proud due to this reason. NEM enjoyed its rise to the top 10 crypto rankings by market cap in 2017 up to the point that some people started comparing it with Ethereum (the second biggest cryptocurrency right now).

NEM even believed it could attract a lot of ICOs to launch on top of its blockchain instead of on top of Ethereum. It was claimed that the NEM Foundation spent a decent amount of money to help Ecobit and ProximaX (two ICOs that were launched on NEM). However, the strategy backfired because these two ICOs couldn’t attract the public’s attention.

The Hack Incident And The Downfall

The beginning of NEM’s downfall was not actually the failure of Ecobit and ProximaX. It was actually the Coincheck’s hack incident. Yes, in January 2018, it was reported that hackers stole 500 million NEM tokens from Coincheck. The famous Japanese crypto exchange claimed that they lost nearly $400 million due to this same incident.

And even though Coincheck claimed that they were considering to compensate the users who lost their money, the damage for NEM’s reputation was already done. At the time, many big crypto traders believed it would be better if they avoid pumping NEM altogether because they were afraid that these hackers could dump the tokens any time they want and would crash the price.

But, just like every other incident in the crypto space, what actually crashed the price was their self-fulfilling prophecy. Due to their paranoia with the hackers, traders believed other altcoins would provide better prospects for them. And because everybody else did the same thing, NEM slowly (but surely) lost its relevance in the crypto market. From one of the top 10 most valuable cryptocurrencies to outside the top 25 rankings.

What unfortunate from this incident is the fact that the hack incident had nothing to do with NEM blockchain itself. The problem happened due to the flaws of Coincheck’s security measure. However, if there’s one thing I have learned from the crypto space, most people often over-speculate. And just like what I’ve written above, their over-paranoia with hackers dumping NEM tokens was actually the reason why NEM price crashed harder than most altcoins back in 2018.

What Now For NEM?

Unfortunately, NEM Foundation itself doesn’t look like it is taking any radical approach to change the coin’s future. In my opinion, the NEM Foundation should change its marketing strategies if it wants to become relevant again. It needs to attract both dApp developers and users into its ecosystem. However, looking at how things are going right now, most people seem to have “moved on” to other dApp platforms like EOS, Tron, or even IOST.

There was one bad news regarding NEM Foundation itself. It was reported that NEM Foundation nearly broke and planned layoffs across its entire organization. NEM has an uphill battle for its future. It still has a lot of potentials, but the future doesn’t look bright for a dApp platform with a low adoption rate and a low amount of dApp developers.

Why Ethereum’s Adoption Is Good For Bitcoin