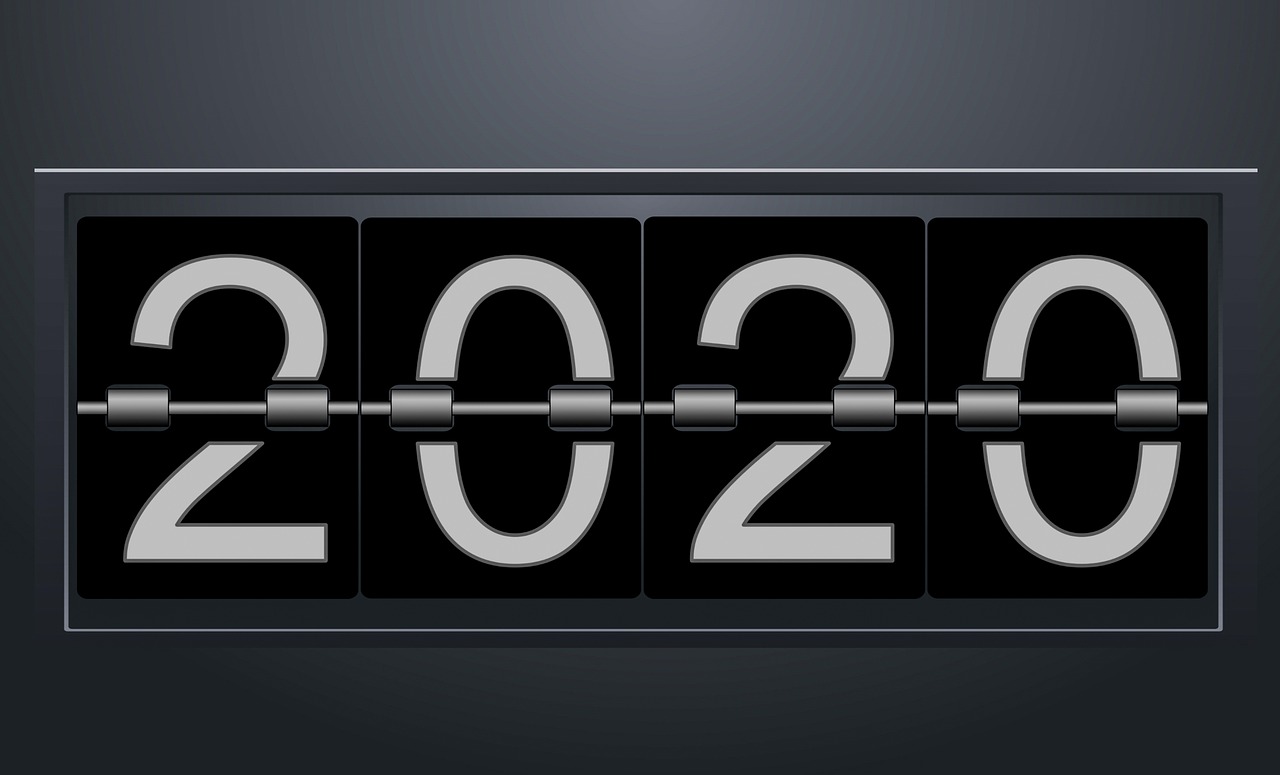 There are a myriad of altcoins in the cryptocurrency space; some of these are mining-based cryptocurrencies, stable coins, utility tokens, and security tokens.  Most of the altcoins have indisputable utility, and this is the reason behind their acceptance.  However, there are also incompetent ones, literally, some altcoins have no use case.

As of early 2020, there are over 5000 altcoins in the crypto space, so it’s perplexing to comprehend which one you should keep an eye on.  Therefore, in this blog, we will look at the top altcoins that you should watch closely this year.

Ethereum is an open-source platform that is based on the blockchain technology, and it is used for money, smart contracts and new kinds of decentralized applications.  The native token on the Ethereum platform is Ether (ETH).  It is undeniably the second most popular digital token after bitcoin.

You should keep an eye on ETH this year because it is rolling out a new major network upgrade — Ethereum 2.0.  The upgrade will move the Ethereum ecosystem from proof-of-work algorithm towards proof-of-stake.  Above that, the upgrade will also address issues around sharding and Ethereum WebAssembly (Ewasm).

This upgrade will greatly affect ETH’s price because the platform will be more efficient than ever. Actually, crypto influencers predict the price of ETH to skyrocket to over $1,200 by the end of 2020.

It is one of the most promising tokens this year because it solves the challenge of online privacy.  Web giants like Google, Facebook, YouTube, and others literally monitor and analyze user behavior to convey targeted and obtrusive ads.  On top of that, everyone knows that web giants sell their users’ data to third parties.

So, these Basic Attention Tokens with their inbuilt browser —  Brave Browser — give the power back to the public through providing the utmost privacy to internet users.

These tokens are worthwhile because they have a working product, Brave Browser.  The Brave Browser has over 70 million downloads, also with a strong adoption by publishers.  As a matter of fact, they have the most prominent publishers, such as Wikipedia, wikiHow, The Guardian, and many others.

The Basic Attention Tokens project has a stellar team that is competent enough to make the project work.  They are also relatively low in price, currently trading at $0.156, which is comparably low to their all-time high of approximately $1 in 2018.

As of the writing, EOS is ranked number 8 by market capitalization.  EOS has performed well from the moment it was launched, and we can attribute its success to the strong adoption of the EOS blockchain by several developers who amazingly create Dapps on top of it.  Currently, the EOS blockchain hosts the highest number of Dapps.

EOS remains a prominent project in the crypto space because it has a strong team behind it — Brendon Blumer and Dan Larimer — who are respected figures in the crypto-verse.

The Chainlink project stood out as one of the top-performing cryptocurrency projects last year.  In fact, LINK outperformed the entire altcoin market in 2019.

It’s among the top altcoins to watch this year because it has strong collaborations with big players such as SWIFT, Google, Binance, web3 foundation, etc.  Their big partners are actually endorsing this project to the world, which is a big plus for LINK.

ADA is among the top 15 cryptocurrencies by market capitalization.  It is a digital currency used on the Cardano platform—a smart contract platform—to provide quick digital exchanges and also to operate smart contracts and decentralized applications seamlessly.

Cardano is one of the unique projects in the blockchain space.  It is designed to improve on the cryptocurrencies that were launched before it, offering unique solutions to the crypto sphere, such as scalability, interoperability, and sustainability.

Cardano is guided by a great team, and one of its notable team members, Charles Hoskinson, is the co-founder of Ethereum.  Generally, Cardano has a bright future.

XTZ holds the 11th position on the coin market cap with a market capitalization of $1.5 billion and it’s now renowned for outperforming bitcoin price with 80% gains.  As a matter of fact, Tezos has gained over 4 times in Value in the last 40 days compared to what bitcoin has added.

Tezos is a smart contract platform just like Ethereum; however, it works on a self-governance and self-evolution model.  Besides, it is also based on the Delegated Proof of Stake (DPoS) mechanism, which is a popular consensus in the crypto space.

Tezos’ popularity and price gains can be attributed to the staking services that are offered by top cryptocurrency exchanges such as Binance, Coinbase, and Kraken.

VeChain Thor is among the world’s top 30 cryptocurrencies by market cap, and it is also among the valuable blockchain projects in logistics and supply chain management because it allows businesses and individuals to track items, fight counterfeit goods, and also verify the authenticity of goods.

The project was founded in 2015 by Sunny Lu, former CIO of Louis Vuitton, the world’s most luxurious brand. Amazingly, the project is receiving advisory support from Breyer Capital.

VeChain has notable partnerships with automotive, pharmaceutical, logistics, education, and insurance companies.  It also teamed up with the Chinese government to enhance the supply chain in the wine industry in east China.

BNB is one of the promising coins in the crypto space, and it holds the 9th position on the CoinMarketCap.  BNB is a native token for one of the biggest and popular cryptocurrency exchange, Binance.  The BNB is used as gas for Binance Chain and Binance DEX.

It used to be a popular coin back in the day — in 2017.  Actually, it was among the top 7 cryptocurrencies by market capitalization.  However, the token crashed in the bear market, and at the time of publication, Neo ranks no. 20 on the CoinMarket Cap list.

Despite losing the hype a few months back, NEO is currently surging because there is excitement around the new mainnet for Neo 3.0 that will be launched mid-year, and the new network protocol is set to simplify the architecture of the NEO platform.

Neo as a blockchain that runs on delegated Byzantine Fault Tolerant algorithm (dBFRT) has the potential to become a global digital system in the crypto economy.

Steem has a strong and dedicated community that is enthusiastic about the concept and it is ready to make the revolutionary idea a big deal in the crypto economy.

What places steem in the top 10 altcoins to watch this year is its transaction speed, passive income, and monetization.

Steem is trading at $0.20; it is a comparatively cheap token.

This is not financial advice, nor a guarantee or promise regarding any result that may be obtained from using the above content. The information provided here is for informational and entertainment purposes only. It should not be considered as financial or investment advice. No person should make any kind of financial decision without first consulting their financial adviser or conducting their research. 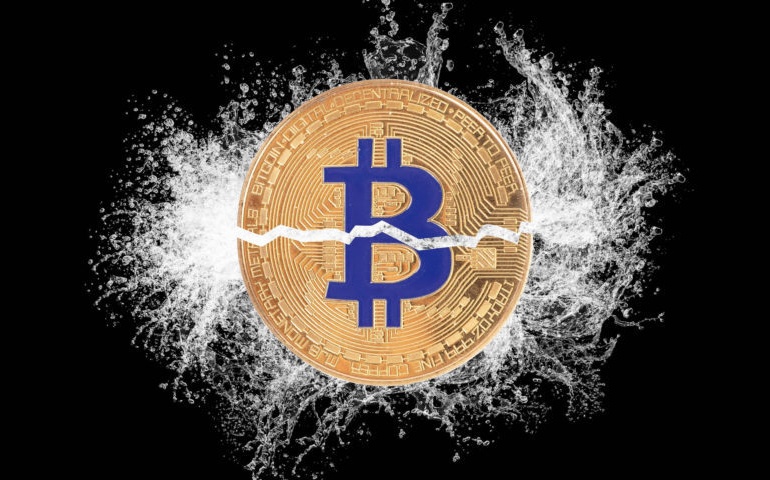 Bitcoin Halving Event Is Almost here — How Will It Impact Bitcoin Prices?