Ethereum has been praised as the revolution that crypto space desperately needed. Before the era of Ethereum, most altcoins out there were just like Bitcoin, but faster or cheaper transaction fees or has some extra privacy element into it. The Ethereum project successfully changed the perspective of the crypto community, making people think that there’s so much more than the blockchain technology can do apart from just to replace fiat or for cross-border transactions.

However, the rise of Ethereum also proved that the whole blockchain space is still too “premature” to be adopted. When Ethereum rose to the top of the crypto space in 2017, the Ethereum blockchain got clogged pretty quickly, due to this game called CryptoKitties that operated directly on the chain itself. And when it happened, most people started to doubt the ability of public blockchain networks to scale.

EOS had one of the largest ICOs (Initial Coin Offerings) in history, with a total of $4.1 billion raised in a year-long ICO from 2017 to 2018. With its massive fund and a very popular co-founder, Dan Larimer, EOS is at the frontline to take over the dApp market from Ethereum. EOS claimed that it could achieve 1000 sustainable TPS (transactions per second) and in some cases, over 3000 TPS thanks to its utilization of Delegated Proof of Stake consensus mechanism.

Yes, unlike Ethereum that still struggles to transition from Proof of Work to Proof of Stake, EOS basically sacrifices a certain degree of decentralization in order to achieve better scalability. There are only 21 block producers in the EOS blockchain ecosystem, which means they only need 21 nodes to confirm and validate all transactions inside the platform. Due to this significantly smaller number than standard Proof of Work mechanism, EOS can achieve a much better speed in processing its transactions compared to Ethereum.

At the moment, EOS is also comfortably sitting in the top 10 cryptocurrency rankings by market cap. It’s also one of the most popular dApp platforms, according to dappradar.com. Its biggest ambition is a decentralized social network called Voice.com, which might be launched in the near future. With billions of dollars in their bank account, EOS just needs to find the right strategy to get all the users they want.

Another big competition for Ethereum is Tron. Founded by the controversial crypto figure Justin Sun, Tron used to advertise itself as the blockchain platform for the digital entertainment industry. However, after its meteoric rise in December 2017, Tron slowly (but surely) rebranded itself as a more mainstream dApp and smart contract solution.

Just like EOS, Tron also utilizes DPoS (Delegated Proof of Stake) to achieve much better scalability than Ethereum. Tron has one of the cheapest transaction fees among top altcoins, making it comparable to the likes of XRP, XLM, and LTC. Its speed is also commendable and can easily compete with EOS.

According to dappradar.com, Tron is also among the top 3 most active dApp platforms alongside EOS and Ethereum. Its biggest advantage was its acquisition of BitTorrent, the popular torrent client website. The combination of Tron and BitTorrent might give Ethereum a run for its money.

Cardano is the natural competitor to Ethereum due to some similarities between the two. One of the main reasons is because Charles Hoskinson, one of the co-founders of Ethereum, is also the most popular figure behind Cardano. The biggest difference is that Cardano is scientifically backed and has peer-reviewed researches behind the project.

The smart contract language that is used by Cardano is called Haskell, which is considered more suitable for productivity applications compared to Solidity, Ethereum’s smart contract programming language.

And even though the complexity of Cardano has made the progress of the blockchain a bit slower, but overall, Cardano developers actually have submitted more commits at Github compared to its competitors, even compared to Ethereum itself.

As for its consensus mechanism, Cardano utilizes what they call as Ouroboros, which is the first proof of stake algorithm that has mathematically been shown to be provably secure. The Cardano team claimed that the Ouroboros security level is comparable to Bitcoin and above other altcoins.

NEO is dubbed Chinese Ethereum due to its 2017’s popularity as the biggest competitor to Ethereum that came directly from China. At the time, NEO had some decent ICOs that utilized its blockchain as the token creation platform. Even though NEO is not as popular as it’s used to be, but it would be a sin to rule them out, as they are still in progress to re-organize everything that they call Neo 3.0.

NEO supporters believe that NEO 3.0 would re-modernize the entire structure of NEO blockchain, and it would help the project to be able to compete very heavily with other dApp platforms like EOS, Tron, or Ethereum. From the current crypto rankings by market cap, NEO is still doing well; it’s still inside the top 25 rankings.

NEO uses dual token model. The governance token is simply called NEO, and the utility token to pay the transaction fees is called NEOGas. They introduced the concept of “dividend” into a public blockchain network. By HODL-ing NEO token, you would be periodically rewarded with NEOGas that you can sell on the open market.

Tezos is definitely another Ethereum competitor that’s worth to be mentioned. After successfully raised $232 million in the peak of ICO season, Tezos did not take much time to start developing its own blockchain platform that was aimed to challenge other dApp platforms directly.

Tezos utilizes what they call as Liquid Proof of Stake as its consensus mechanism, which is different from EOS or Tron’s Delegated Proof of Stake. In Liquid Proof of Stake, you have this action that’s called “Baking” which is basically the action of signing and publishing a new block in the chain. But, in order to participate in “Baking,” you need to stake 10,000 XTZ tokens before you can qualify as a delegate.

And when it comes to its smart contract, Tezos uses what they call as Michelson programming language. The smart contract mechanism in Tezos caps the maximum steps that an application is allowed to operate in a single transaction. Tezos also suggests that it may implement privacy features for its blockchain future via Ring Signatures and zk-SNARKs.

Tezos, Cardano, NEO, Tron, and EOS are heavy hitters when it comes to altcoin space. They know what they are doing, and all of them work quite well compared to other Ethereum competitors. Their big names allow them to have more loyal supporters and big-name partnerships.

Even though at the moment Ethereum is still the biggest dApp and smart contract platform, but it’s possible that in the future, it might be replaced by one of these five names or even a newer blockchain platform. Nobody knows for sure. Only time will be able to tell. 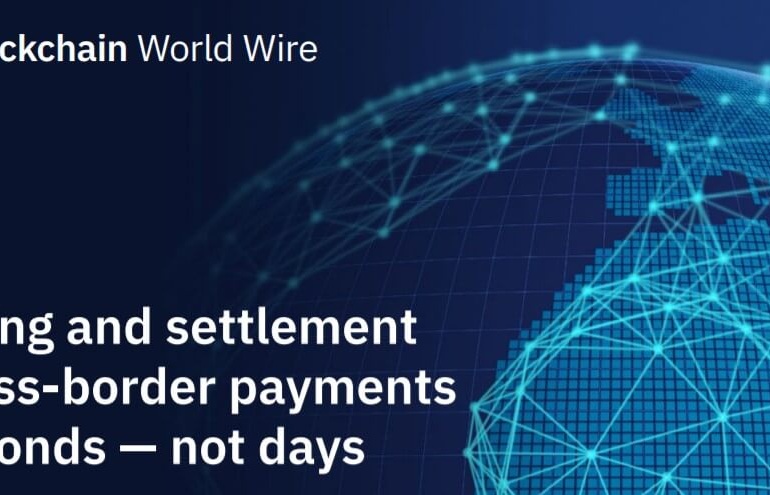 Why IBM Is Betting Its Blockchain Future On Stellar