You probably have heard of the term “CBDC.” It stands for Central Bank Digital Currency. At its core, basically, it’s a stablecoin issued by the central bank instead of private entities like TrueToken or PAXOS. So, yeah, imagine the idea of buying or sell stablecoin, but you are guaranteed by the government itself. That sounds much better for peace of mind, isn’t it?

Before we get into the whole point of this article, first of all, let’s learn more about stablecoins and CBDC’s. And then, we will try to connect the dots regarding why CBDC’s can actually help crypto adoptions. Let’s begin:

For people who have been trading cryptocurrencies for a while, you might have known by now that the biggest issue with cryptocurrencies are their price volatility. Most people understand that non-crypto enthusiasts are not interested in using crypto to replace fiat exactly because of this reason.

And then, there’s this thing called stablecoin. In its simple definition, basically, stablecoin is a crypto token with 1-to-1 valuation to a fiat currency. At the present time, the most common stablecoins are always pegged to the US Dollar. So, the stablecoins can maintain their peg to the USD due to various reasons. One of the most classic ways to achieve the peg is to allow deposit/withdrawal from the stablecoin issuer’s bank account.

Let’s use PAX as an example. PAX is a stablecoin pegged to the US Dollar. So, when you decide to transfer 10,000 PAX tokens to the Paxos company’s wallet address, you will be able to get a literal $10,000 transferred into your bank account. Vice versa. When you decide to deposit $10,000 to Paxos company’s bank account, you will be issued 10,000 of PAX tokens.

By doing this, Paxos can maintain its stablecoin’s 1-to-1 valuation to the US Dollar. The same can be said about TUSD or USDC. There are, of course, stablecoins that work differently, such as DAI that utilizes Ethereum’s collaterals through the Maker (MKR) system, or Tether (USDT) that is purely based on trust.

However, the general idea is exactly like this. They are called stablecoins because they use a certain strategy to maintain their peg to the fiat currencies, mainly US Dollar.

And then, there are Central Bank Digital Currencies or CBDC’s. The concept works similarly to stablecoins though they might vary from governments to governments. The biggest difference is that CBDC’s are issued directly by the central banks. Yes, this brings stablecoin to the whole new meaning, because a lot of people trust the central banks more than the private companies.

The idea of CBDC’s is particularly interesting because central banks (alongside the federal governments) have the power to force the citizens to use them. Imagine when the banks do not print cash anymore, and they want everybody to transact by using a CBDC. That will “force” user adoption at a much faster pace.

At the moment, there’s still no official CBDC that has been issued in any major country. However, it looks like China (the second-largest economy in the world) is ready to issue its own CBDC. In fact, they have filed 84 patents for their own digital currency. It’s claimed that the rest of the world might follow China’s lead if the digital currency project becomes successful.

You might be wondering, “what’s the purpose of CBDC? We already have an e-money system with Venmo in the US or WeChat Pay in China”, well the idea is that the central bank would allow multiple applications to connect with its digital currency by utilizing the private blockchain technology.

Yes, Venmo or WeChat Pay are just applications to send and receive money. However, the money managed by the app is still connected to the old banking system, and each of the dollars is also still “tied” to the paper bill. With CBDC, it will replace the aging fiat system altogether.

The concept of CBDC is not just being explored by the Chinese government but also by others such as the USA, Southeast Asian countries, and even the EU. Whether they will eventually adopt it or not, we still need to wait for more time.

Now, here’s a good thing. The basic foundation of CBDC’s technology would be quite similar to DLT (Distributed Ledger Technology). According to some of the rumors, CBDC’s in western countries might even use popular blockchain networks such as Stellar or Ethereum or a fork of Ethereum.

The good thing about this rumor is that mainstream (non-crypto) users might adopt CBDC’s massively. And when they adopt CBDC’s, they would become familiar with the whole crypto ecosystem. It’s like when people are used to forex trading on MetaTrader and similar platforms, they can easily get interested in gold trading or even stock trading using the same ecosystem.

That’s why people adopting CBDC’s is potentially good for the future of crypto, as they will be exposed to the shared ecosystem between CBDC’s and public cryptocurrencies.

That being said, not everybody is optimistic about CBDC’s. Many crypto enthusiasts actually feel that CBDC’s would ultimately be harmful to the people, as it will force everybody to have their transactions trackable by the federal governments. Unlike cash, a blockchain explorer can reveal where each transaction would go with a CBDC.

And yes, the federal bank can just restrict access to its own blockchain explorer if it wants to especially if they are utilizing a private or semi-private blockchain system.

Cryptocurrencies are great tools to take control of money from the hands of the centralized few. Meanwhile, CBDC’s can be considered as the opposite of cryptocurrencies although both of them are sharing the same technology infrastructure. However, the potential of mass CBDC adoption is also quite important for the future of crypto. It’s possible that we will have more Bitcoin or Ethereum users when a lot of people are exposed to the ecosystem of CBDC’s.

Bitcoin Trading Is All About Psychology 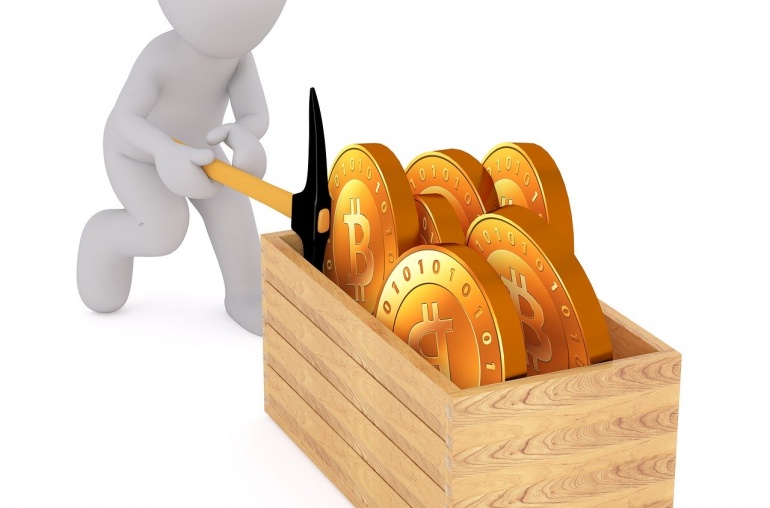 Proof of Work Versus Other Consensus Algorithms